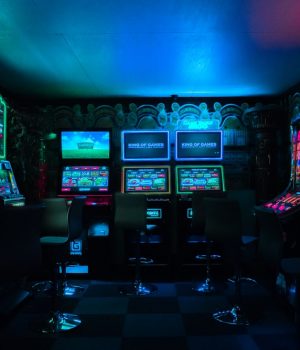 With its titular tagline, “Winter is Coming,” Game of Thrones has become one of the most iconic and legendary TV series to have ever grace the world. It keeps the world gripping at the edge of their seat with a crackling storyline, lush world-building, stunning cinematography, sterling actors, and actresses. Whether you are a fan or maybe not, you cannot deny its impact on the world.

If by chance, you do not know what I was talking about since you may have no idea about this show or the book, then I urge you to try, and you won’t be sorry.

And if you are planning to binge-watch the whole series, then you have to prepare tons and tons of popcorn or chips and drink because once you start, you do not want to get out of your couch or bed. You will be in for an emotional and physical roller coaster ride that will make you cry, make you angry, make you want to go inside your screen and stab or choke a character to death. Anything is acceptable.

Game of Thrones full of unexpected twists and turns that will make you shout and scream and fall in love or hate the characters. If you’re not sure where to watch it, then I have you covered. Well, you are in for some fun because this article will give points on where you can binge-watch the whole seasons of Game of Thrones from Season 1 to Season 8. Beware, many have tried, and only a few survive. As the great Cersei said, “When you play the game of thrones, you win, or you die.”

What is Game of Thrones?

For those who are not familiar with what Game of Thrones is about. Here is a short breakdown for you. Game of Throne has a cult following enjoyed and beloved by both of its fans and critics. The story revolves around the themes of power and control. The shows feature political collusion, war, and family relationships.

Combined with its spectacular narrative, impressive storytelling, and the exploration of the darker violent themes, the show is sure to make you come back for more. Creatures like the dire wolf, dragons, giants, and iced zombies are also present, making its fantasy elements quite staggering, which allows your imagination to roam around with no limits.

Those who are looking for a cup of murder, spice with violence with a little bit of betrayal, and incests on the side will surely be captivated by these phenomenal books to a TV shows. With its effective scriptwriting, an incredible cast, and stunning production, it is no wonder why even now that it is done, it is still talked about and passed around with a sparkle in the eyes.

This article will indicate where you watch the TV series’s full episode and how to download game of thrones on your mobile devices or on your personal computer. So, keep going on and unravel the possibilities.

HBO Go is a streaming platform for free since it is somewhat an extra or a supplement in the HBO TV subscription. There is no fear, fast or slow watcher Game of Thrones in HBO Go will not go anywhere. The thing is you can rely on it to be there at any given time. The Game of Thrones in HBO Go is thorough and comprehensive with all the additional scenes and television specials.

The availability of HBO Go is free to all the users living within the US’s scope, who also have a premium subscription on HBO. The service provided is geo-restricted, which means that the countries outside of the United States cannot access this kind of deal. So if you are in the US, make the most out of it.

You might be wondering what all these HBO shenanigans are? The primary difference between the two is that HBO Now is a standalone streaming service, whereas HBO Go is an accompaniment of HBO TV. Even though HBO Go and HBO now have the same content, HBO Now can be in your hands without any cable or satellite subscription allowing you to download the episodes on your phone.

Thus, streaming in your phone or your tablet is made more comfortable and efficient. You can also have quick access to the available HBO content. To those who are first-timers, there is a month-long free trial in which you can immerse yourself with its massive library of films and TV series other than just Game of Thrones.

Hulu is a remarkable streaming service that you can rely on. And this Game of Thrones fever is not an exception. Your eyes can feast with all of its episodes, but you will not get the extras and specials, unlike in HBO Now. Though with just a $10 subscription every month, you will get your money’s worth.

Hulu also has a 30-day free trial. So, if you are riveted in the Game of Thrones, then this service will provide that necessity and needs. It will satisfy your thirst and satiate your hunger. Just cancel it before the subscription ends to avoid a nightmare.

Everything and anything you could ever need, you can have it here on Amazon if you are looking for some high-quality 4K resolution extravaganza. Amazon got you. I mean, what is more impressive than watching the entirety of Game of Thrones in full HD and being in awe with its scenery and battle scenes. The great thing about it is that you could also access HBO Now to watch all specials and scene extras. What could be more lit than that? I tell you, none.

All that was presented and stated above were just the legal option to binge-watch all of the seasons of Game of Thrones. Considering that Game of Thrones is regarded as one of the most pirated shows, not just in just a decade but of all time. Thus, it is crucial to stay on the good side and the right track.

Game of Thrones probably is not for everyone, especially for the faint-hearted but with its impact on the cinematic universe and pop culture. It has almost everything war, politics, dragons, and even iced zombies. That is why everybody is gagging with it.