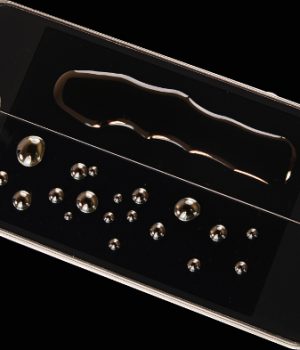 If you own a cellphone, then you would at least be familiar with the term oleophobic coating. The reason being is that it protects your phone from unwanted smudges or stains that would typically get inside of your phone and cause significant damage to the sensitive hardware inside. The term oleophobic in simple terms is that it has a high resistance to any oils. Without these kinds of coatings, your smartphone would be as vulnerable as an infant.

This is no mere exaggeration as you would not be able to freely use your phone outdoors without it being exposed to the elements and risk damaging the parts inside. Without the oleophobic coating that has since been mass-produced since the birth of the iPhone 3GS, then most modern smartphones would have to be protected at all costs with more than just cases and tempered glass to keep it from being as resistant as possible.

The oleophobic coating is part of a smartphone’s defense and would be the last defense line from otherwise a very vulnerable gadget. So with a brief introduction regarding the coating in question, let’s discuss just how important it is to keep your phone’s oleophobic layer in 100 percent condition rather than nothing.

Water is the enemy of smartphones in general. Regardless if your phone is iP68 approved, the phone will lose against this enemy. The reason is that the parts protecting the phone’s hardware would not work once water is introduced. Smartphones, especially the flagship models, are iP67 or iP68, which means they are resistant to water. However, it doesn’t mean they are waterproof. AS of all things, they have a limit, and oleophobic coating helps protect the smartphones a little bit longer.

Oleophobic coating isn’t necessary, but good to have

For your phone to work, the oleophobic coating isn’t a necessity. Your smartphone can work perfectly fine without it but adds more protection to your phone when properly maintained. The main reason for this is to protect your phone from any liquid that your phone would encounter in its lifespan. The oils from your fingerprints to water droplets or rain would help deter any of these.

Other reasons to maintain the oleophobic coating

If you tend to clean your phone often due to fingerprints, dirt, or any obstructions in your smartphone, it’s time to apply the oleophobic coating. The reason is that you would spend less time cleaning and maintaining your smartphone and have more time to use the gadget instead. When the oleophobic coating wears off, this will lead to more fingerprints that linger on your screen, and it can be a nuisance to deal with and can hinder the smartphone experience that you are otherwise used to.

Not all oleophobic coatings are created equal.

In general, oleophobic coatings are an excellent feature to have on your smartphone, as the reasons above can attest to that. However, some manufacturers may or may not have used the same quality of producing oleophobic coatings for their smartphones. One example of this would be from the powerhouse Google and its Pixel 2 XL. It came out with people complaining just how bad the oleophobic coating is in the unit that it left visible fingerprint smears that hindered the user experience.

In light of this, the only solution for the users of said phones was forced to purchase a screen protector for it to be functional and not be bothered by the smudges and smears. So before everything else, always check user reviews regarding oleophobic coatings that are used for different smartphones.

As oleophobic coatings are more or less used in the market now more than ever, it’s good to know just how much importance it brings to the user’s experience in a brand new phone or a second-hand phone that matter. The oleophobic coating can be a deal-breaker or a lifesaver if it comes down to the wire. Even so, love them or hate them. They still will stay until another coating, which would be more permanent, might come into play.

For now, we should be thankful for what the oleophobic coating does for the billions of smartphone users out there in the world. If not for oleophobic coating, the user experience would vastly degrade over time, and that is something you wouldn’t want to think about after spending almost a thousand dollars for that flagship phone of yours. There you have it, all the things you need to know of your smartphone’s unsung hero that you otherwise wouldn’t know about if you haven’t read this article.

Who is CHARLI D’AMELIO Every Thing About Her