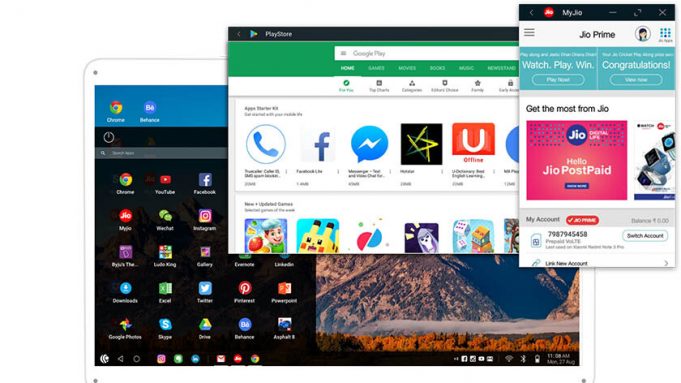 An emulator is a software that allows a computer system to emulate or copy the task or function of the other. It allows the host computer host to open secondary software devices for the guest computer. An emulator has various kinds. It can emulate things like hardware, applications, CPU, and operating systems.

Today, an emulator is commonly applied in the form of video games. It allows people to play and enjoy different game consoles. Emulators have also become a trend for smartphones and tablets that are compatible with iOS and Android, and one of them is the Dolphin emulator. That being said, here are a few of the basic things you should know about it.

What Is A Dolphin Emulator

Dolphin is an open-source and free video game console. It is created for Wii and GameCube that works on Android, Linux, macOS, and Windows. The Dolphin emulator  was the first-ever GameCube emulator that successfully carried out commercial games. It has been well accepted in the video gaming media and IT industry for its photographic improvements, excellent compatibility, available features, and many more.

Everyone can get the latest version of this emulator from the Dolphin official site’s download section. A quick processor that works with SSE2 is required to download it. But, the extra cores, the better your system performance would be. Also, a graphics card that can work with Pixel Shader 2.0 or higher to perform the download and installation is needed.

There will be two types of Windows operating systems. In case you don’t know your computer’s version, you may confirm your PC’s system features. The Dolphin Emulator is not viable with any 32-bit operating system. Also, there are accessible Mac OS X and macOS installer versions for Mac users.

The Dolphin Emulator installers can be downloaded for Mac and Windows in three versions. The Stable Versions, Beta Versions, and Development Versions. The stable versions will be released after various periods of trials. This version doesn’t have new features and is usually outdated as they are released less often.

The other one is the Development version. With this, users can enjoy the greatest features and updates. Minimal problems might be encountered with this due to it being less tested compared to the Stable versions. But, these issues will be addressed right away by the developer. Lastly, the Beta versions are released monthly along with a development report.

In case you’re contemplating which of the above-mentioned versions is best, we suggest the Development version. Because it is frequently updated, you can enjoy the most recent upgrades and features of the Dolphin. Below, we will utilize the Development version as a benchmark. But, if you wish to use different versions, the steps are almost alike.

For the best result, a compatibility check should be done to know if the Dolphin emulator works with your Wii and GameCube games. You wouldn’t want to waste your time downloading and installing games that are not functional with your emulator. You can check for their compatibility by searching for games on the Emulator Wiki page, then right tap on the games and choose “Wiki.”’

Every game’s Wiki page will give you every detail needed to know compatibility problems with the Dolphin Emulator. Widescreen codes, enhancement links, and other necessary information are also included. You can utilize these data to guarantee your games are working with this emulator.

The Dolphin Emulator is in beta and needs an Android 5.0 version or higher. You can enjoy playing the GameCube if you have an excellent tablet by using a touch screen overlay or an actual controller. On the other hand, it is hard to play Wii games due to a motion control support issue.

Speeding Up The Dolphin Emulator

As a game emulator, it will affect the performance of your PC compared to the first GameCube and Wii hardware. Fortunately, these computer hardware and game consoles are more efficient and powerful than before. Some GameCube and Wii games can run without disturbances. You can tune-up and adjust its speed on the emulator’s graphics tab.

Users can lower the display resolution effectively as it is one of the most well-known strategies to accelerate a Wii game or GameCube game emulated in the Dolphin. Go to the General tab, and you can disable its V-Sync feature below the Display area.

Its Aspect Ratio is essential as most Wii games can show 16:9 in widescreen while a 4:3 ratio is the default for the GameCube. With that, you may adjust the aspect ratio varying on the console game you wish to play.

Even though there are numerous emulators available on the internet, Dolphin could be the best for you. With the efficiency and features it offers, you can never go wrong with this. All you need is to prior check its compatibility with your device, download and install, and you can right away enjoy your Wii and Gamecube games at your most convenient time. All the instructions you needed are already provided in this article for your convenience.

How To Registering On Yahoo Mail