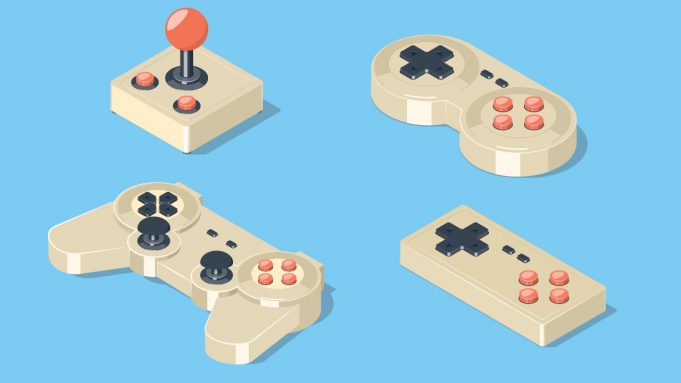 With COVID-19 still around, there’s difficulty in doing our daily routines. Since staying indoors is part of the guideline for preventing disease spread, a lot of us are now at home just waiting for things to happen.

Playing video games is a good way to kill some extra time. Sure, you might have an excellent gaming rig or a console such as the Playstation 4 or the Xbox one, but nothing beats the mobile gaming. With the multitude of mobile games nowadays, it’s hard not to have fun playing on your phone.

With that said, what if you wanted to combine console classics with mobile gaming? Is it possible? The answer might surprise you, but yes, you can play console games on your mobile phone using an emulator. This article will talk more about classic Playstation 1 games and emulators as it was the more dominant platform way back.

What Is an Emulator?

Emulators are programs designed to emulate or allow programs on other platforms to function on another platform. For example, if you want a PlayStation one game to run on your smartphone, then you’ll need an emulator to do so.

If you’re wondering how an emulator can do all those things, don’t worry. Although it may sound complicated, emulating is a matter of installing the right stuff and letting them run on auto. Once you have all that configured, you’ll be playing PS1 games on your smartphone without a hitch. With that said, here’s a list of notable emulators for both desktop and mobile applications:

Now that you know what emulators you should run on your smartphone, how do you get a game to run with it? Here’s a quick guide to use an emulator using your phone:

If you’ve already chosen an emulator, make sure that it is a ps1 emulator on android. You can use the android versions of ePSXe and PCSX on your android phone to do that. Do note that some emulators may have paid versions that offer more useful features when playing.

After installing your preferred emulator, you need a tool to extract the installer from an archive file. Zarchiver can do it for you without a problem. Using this tool is also helpful if you want to extract compressed BIOS files of games. You can find Zarchiver from the Playstore.

A BIOS is a vital piece of software to get programs running, including your PS1. Without a BIOS, you can’t run an emulator. With that said, every game has its own BIOS. You can say that the whole of emulation relies on BIOS. For legal reasons, we can’t provide links on where to download a PS1 BIOS. We will tell you that it’s relatively easy to get one, just use Google, and you’re all set.

If you have everything you need, including your game’s BIOS, then install the emulator. After installation, configure your settings such as graphics, controls, sound, and save states. Take note; some games may not run if not configured correctly.

Now that you’ve got everything up and running, enjoy! Welcome to the world of emulation, where nostalgia and good vibes are plenty! Refer below for a list of the best PS1 games you can enjoy on your emulator.

If you’re a fan of survival-horror games, then Resident Evil 2 is perfect for you. In the game, you either control Claire Redfield or Leon Kennedy and fight your way through hordes of zombies. With emulators, you can access cheats such as infinite ammo, infinite first-aid sprays, infinite health, and more to make the game easier for you.

One of the best RPGs out there, you can use an emulator to run almost every PS1 version of the Final Fantasy franchise on your mobile phone. This RPG will have you spending tons of hours grinding to level up your characters and making them look awesome.

MediEvil 2 is a mix between a platformer and a bit of an open-world game. This game is one of the most beloved PS1 demos way back, and with an emulator, you can play the full game on your mobile phone without any problems.

Aside from the successful games from the franchise(which you can also play on an emulator), CTR or Crash Team Racing is one of the most excellent games to play on your smartphone. CTR features almost all the characters from the Crash Bandicoot franchise in a unique and fun racing game.

Known as one of the Kings of the Platform genre, Spyro the Dragon is beloved by the gaming community. The game had you control Spyro through numerous levels with increasing difficulty.

Now that we’re indoors nowadays, it’s best to have a bit of fun. Playing games on your mobile phone will undoubtedly keep the blues away. The emulators, guides, and the games on this list will surely help you have a good time during these trying times.

You Win or You Die: Legal Ways to Watch the Wondrous World of Game of Thrones