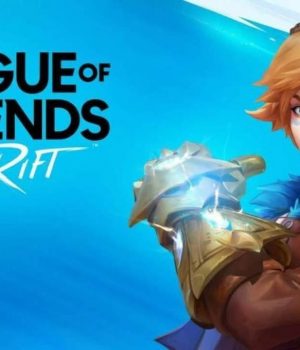 League of Legends was developed by Riot Games and was among the popular games of PC. Lately, Riot rebuilt the popular League of Legends as the mobile version with different skins and more features that you mostly experience on the PC version. It was one of the highly anticipated games and was available for the world back in December 2020. This ultimate MOBA mobile game has attracted millions of users online since its release. The game is built mostly on western content and will be available to North America on the 29th of March.

It’s a skill and strategy-based MOBA, which is mostly 5 player vs 5 player multiplayer. Team up with your friends to destroy your enemies. With smooth controls and high-speed pace, you can lock in your champion to go for the big plays. Players will control their characters referred to as champions and they are constantly evolving by in-game purchases or by collecting gems and coins by which you can upgrade your Champion. All new champions are introduced in this game and more of them has b constantly been added to the list of champions. All it matters is how you strategize your champions of an ultimate battle win against your enemies. Team up is important to win big against enemies and that’s why you will get the team up options to bring your friends with you against your opponents. 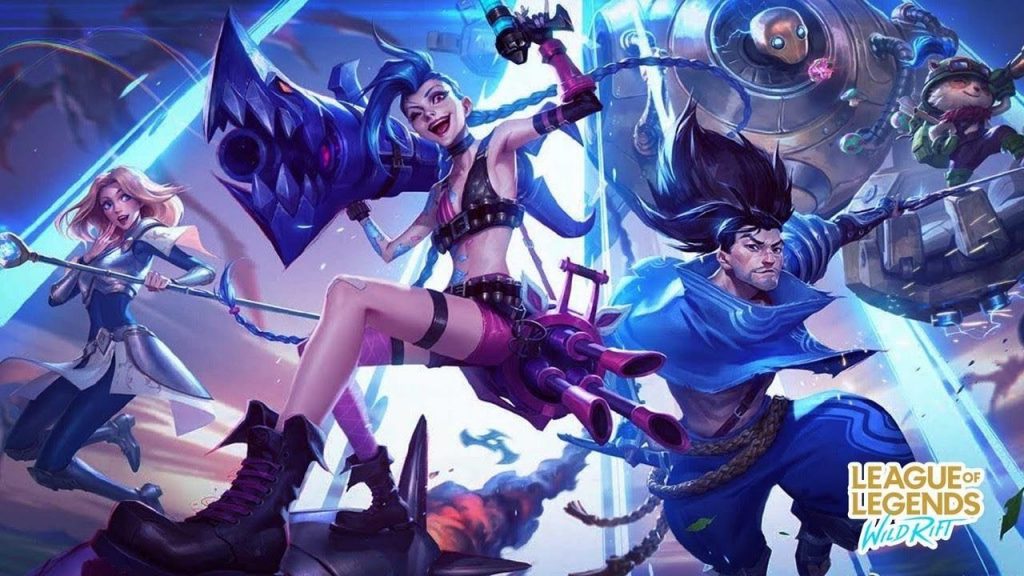 This unique mobile spin version comes with a smaller map and you will be required to show your skills in a 15-minute match which is mobile friendly. Like most of the MOBA mobile games, the controls are simple and are usually double-stick control in which the left is to control the character and the right is mostly for the aiming.

As it is now available in most parts of the world like the Middle East, Russia, and many more it is yet to release in North America. 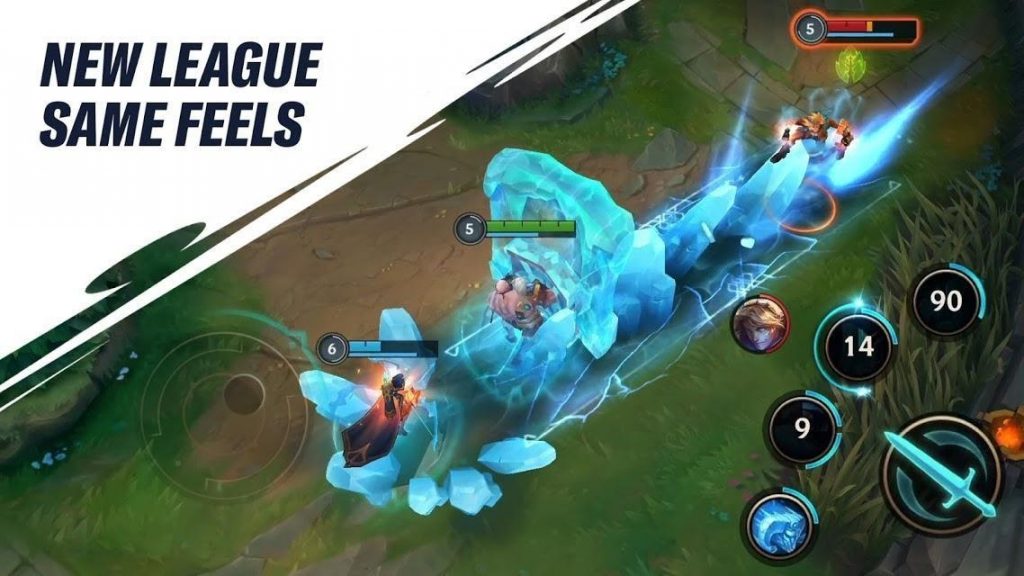 You can play wild rift on PC and do not keep your hands limited on the tiny screens of your mobile phones. If you are tired of disturbing calls, the limited battery life of your mobile phone, and the unnecessary lag during the game then a powerful lightweight android emulator should be your number 1 choice. Here is the list of powerful lightweight android emulators that you can download to play nearly any game available on google play on your PC.

LDPlayer is lightweight and the most powerful android emulator that is available to you on the internet. LDPlayer has been downloaded millions of times and is trusted by many users for a hustle free gaming experience. LDPlayer is free and easy to use. The interface and display are simple and unique that you will love. LDPlayer was developed for a lag-free gaming experience on your PC. You can play nearly any game possibly which is available to you on Google Playstore. LDPlayer was built for low-end PC systems and makes up most of your hardware so that you experience hustle-free and lag-free gameplay. You can customize your settings in LDPlayer like your GPU, Resolution, or many more. It’s free and is simple to install. Head over to the official website of LDPlayer to download and install Wild Rift on PC. 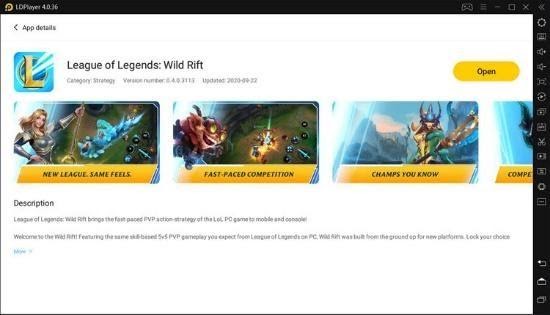 Bluestacks is second on this list because of its unique and amazing features. One of the earliest developed android emulators is trusted by millions of users already because of its superb gaming experience. Bluestacks virtualization technology empowers you to play many Android games smoothly on your PC even some of them which are with high graphics. Bluestacks gives you the ultimate graphic details while you are enjoying some of your favorite mobile games. Keymapping and many other features are available in Bluestacks. 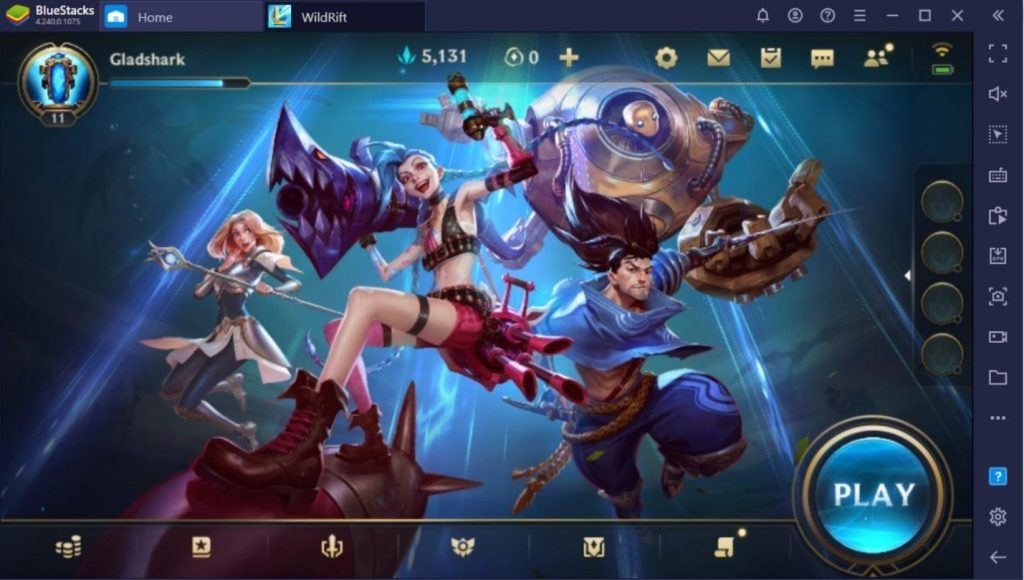 Gameloop is one of the newest members of this android emulator community and is released a few years ago. Developed by Tencent Games Gameloop supports many of the big games that you can play like PUBG Mobile and Call of Duty Mobile. Gameloop is fun and easy to use. Gameloop interface is unique and will give you breakthrough graphic details during lag-free gameplay. Gameloop is also downloaded millions of times and has many daily active users.

Nox player is a game-changer and never failed to surprise its users but still are many things that need to be improved. With full key mapping support both mouse and keyboard. There is a multi-instance manager and you can log in to multiple game accounts on a single PC.

Most of these android emulators are powerful and are trusted by many users worldwide but to narrow down the best of the best, LDPlayer has raised the bar high because it’s free, simple to use, easy interface, user friendly, safe, and customization of your controls or settings. LDPlayer is a perfect match to play wild rift of PC.

You Win or You Die: Legal Ways to Watch the Wondrous World of Game of Thrones