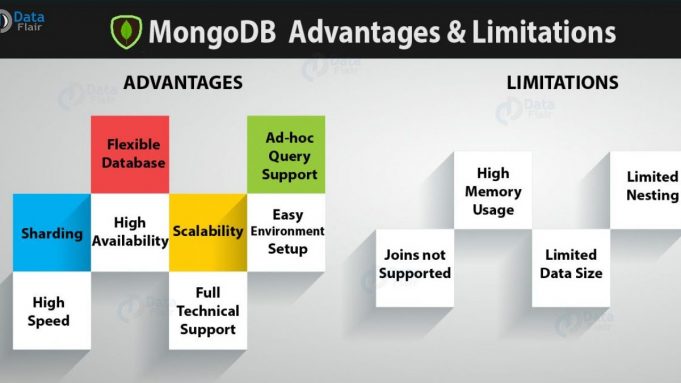 For this reason, the popular NoSQL database management systems gradually replaced relational databases particularly because they were optimized for big data. They are schemaless and can integrate data in any format without the need to define a data structure. NoSQL databases are of several types including key-value stores like Oracle, document stores like MongoDB, column-oriented databases like CreateDB, and graph databases like Cassandra. Each of these NoSQL database types is designed for a very specific purpose. NoSQL databases provide a fast and effective way of storing and organizing data and as such, have been embraced widely.

Because object-oriented databases are becoming more preferred for handling big data, database admins and developers should consider upgrading their skills with widely used database systems like MongoDB. Fortunately, MongoDB course and certification are conveniently available online so access should not be a challenge.

MongoDB is a general-purpose, document-oriented NoSQL database system that stores data in JSON-like documents and uses a non-structured query language unlike in the traditional relational databases where data was stored strictly in rows and columns. It is an open-source system and the most powerful database systems for high-volume data storage. MongoDB is written in the C++ language.

How does MongoDB Works?

It is way easier working with MongoDB than with relational databases. This is because you work with documents as they are with their rich data models without the trouble of structuring them into tables and columns as it would be in RDBMS.

MongoDB contains collections and documents. Documents are stored in JSON format which consists of key-value pairs, the basic unit of data in MongoDB. Key-value pairs allow documents to have a wide range of fields and structures. Sets of documents along with their functions are stored within collections. There is no predefined structure or a specified number of documents or key-values that can be stored in a collection which makes MongoDB a good go for handling very large sets of unstructured data.

What is MongoDB used for?

MongoDB is functional both as a database service for applications and as a storage system. It has found wide applications in big data, content management and delivery, mobile and social media infrastructure, user data management, and data hub environments. This makes it the most viable database management system in situations that involve large volumes of data where efficiency and high-performance are the greatest priority.

MongoDB is a valuable tool used mainly by software developers, system and database administrators, data analytics professionals, project managers, as well as researchers. It has been adopted by more than 4000 companies including big names like IBM, Twitter, Bosch, Barclays, and Citrix.

MongoDB presents the appropriate database system for the following situations.

MongoDB is by far the most popular non-relational database for developers, analysts, administrators, and data scientists. Its platform comes with a comprehensive set of tools for storage, organizing, and analyzing large data sets. It is optimized for big data and can be hosted in the cloud which makes it a very versatile tool.

It is pretty easy getting started with MongoDB. Its documentation is clear and non-complicated. Installation is also fast and easy. Being an open-source system, it features constant updates and so gets better and more useful with every update.

Featuring flexible data storage, diverse command-line tools, and a powerful GUI, MongoDB supports the agile, iterative development of applications. Rather than concentrating their time and effort preparing data for databases, developers have time to focus on building, scaling, and evolving applications and fast through continuous integration and continuous delivery enabled by automated provisioning.

Document-oriented storage is one of the greatest highlights of MongoDB. Data is stored in compact and easy-to-read JSON-like documents allowing developers to store and query data without having to change their rich data structures. Document-oriented storage integrates data in key-value pairs, nested objects, arrays, and other data models more flexibly compared to traditional relational database systems. This makes MongoDB flexible for a wide range of use cases such as catalogs, content management, and user profiles because the database will evolve with the changing requirements of an application.

As business requirements evolved, scaling became the biggest challenge associated with traditional relational databases. MongoDB overcomes this challenge through the concept of auto-sharding. By automatically splitting load (data) across multiple servers, systems continue to run optimally without downtime or single-point failure in the server as the application is being scaled. This way, it becomes fast and seamless scaling up or down horizontally. Some companies have had the flexibility of running hundreds of nodes consistently and effectively to cater for very high volumes of data and high traffic in their databases.

MongoDB supports a range of programming languages and frameworks including C, C++, C#, .NET, Java, Perl, Node.js, Python, Ruby, Mongoid, as well as PHP along with its libraries and frameworks.

MongoDB runs on commodity hardware and also runs on the cloud via its Atlas Cloud Service. This means that services are available on-demand and users get to benefit from the pay-as-you-go payment model which is more cost-effective alongside all the other great features that MongoDB has to offer.

In this age of big data, database application requirements keep evolving and new data formats emerging which explains why developers are constantly faced with the need to iterate applications. Agility and iteration are core to evolving applications fast to adapt to user requirements and enhance user experience. MongoDB is preferred because it makes it possible for developers to achieve a high level of iteration thanks to its flexible data model.

Overall, MongoDB offers just the right mix of tools, lower risk, and is cost-effective for businesses to adopt for their mission-critical applications. Most importantly, it provides professional technical support for its users.

Is Python easy to learn for beginners