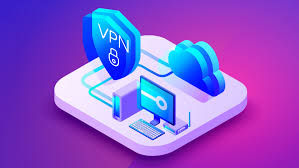 As the world is rapidly developing, so does the technology. A lot of things are happening all around, and we don’t even see it. Believe it or not, the internet has brought a lot of change that can surprise people. Wars are now two-fold; one waged on a real battlefield, while the other on a virtual network, with the latter on a more global and terrifying reach.

The internet is a vast space where almost everything can be done. When good things are in mind, the internet provides us a connection with people thousands of miles away. It provides us with information. It enables us to do our tasks faster and at a more efficient rate. We use the internet to order pizza.

Again, there are two sides to every coin, and the internet isn’t an exception. An almost infinite number of horrible things available exist on the web. And it is terrifyingly easy to take a look at that stuff. The internet is a highway where information is being exchanged all the time. Data can be a lot of things, such as a story, a recipe for grandma’s cookies, a video game stream, your info, banking details, credit card purchase history, and so on. Here are some practical uses and more facts to know about VPNs:

For most gamers, they’ve all heard the expression that “Lag kills people, not guns.” Lag is a delay that most people experience when playing online games. Lag can sometimes be several seconds long, or it can even be a millisecond. For gamers, however, a millisecond can be the difference when they want to win a game.

In competitive matches, lag is a big no that’s mostly taken care of by organizers. Most of the time, people often use VPNs to have a faster connection when playing video games. A gaming VPN allows a more secure route to a game’s server which means less traffic, less lag. Because it’s secure, hacks are also difficult to pull off when a player is using a VPN.

There are a lot of ISPs that are guilty of messing with the internet speed of their users. They do this, so the allocation of data is evenly distributed to their subscribers. This practice is unfair as you are paying a fixed amount for fixed service.

ISPs can easily track your online activity that includes: Browsing history, Browsing activity, Online behavior, Download history, and even your downloads. They can also use it to place ads and slow your internet down. Throttling is a common practice where ISPs split traffic into faster and slower ways. Throttling can significantly affect the speed of some websites or services(such as games, streaming, etc.).

A VPN helps you bypass those unfair, but legal methods are done by ISPs. As VPNs use a private encrypted tunnel, ISPs have no way of telling what you’re doing online or how you’re using your data. In effect, VPNs can increase your internet speeds by again, blocking your ISPs control and view of your online data.

You might have encountered some videos that won’t play and display a message saying: “This content is not available in your country/area/territory.” Certain countries or websites can block their content from showing to other people by listing your I.P. Address.

For example, say you want to access a U.K. exclusive show online. Since you’re living somewhere in the Philippines or any other country apart from the U.K., chances are you won’t be able to see that show. With a VPN, you can use an I.P. address that’s from the U.K., therefore allowing you to stream that show.

That’s right, VPNs existed long ago during the ’90s where Gurdeep Singh-Pall, a Microsoft employee developed it. PPTP or Point-to-Point Tunneling Protocol was the launching pad for VPNs that we now have. Guide aimed to provide users a secure internet connection so that they could safely work at home.

There’s sort of a myth or legend that PPTP is the fastest protocol by even today’s standards. However, it’s good to note that PPTP was built for dial-up connections and has the lowest level of encryption.

Most of the time, some VPN providers will promise you 100% anonymity. This is simply not true as there are still ways to trace you, for example, through the I.P. Address. An I.P. address is a string of numbers with periods that identify a device or computer that’s communicating over a network. Think of it as a residential address or a telephone number only that it’s easy to see.

Another way that you can be traced is the information you gave out during the application process of a VPN subscription. Details like your name, birthdate, payment methods, types of credit card, etc. are all logged and recorded in the VPNs database.

Although they don’t sell these types of information to other 3rd parties such as hackers, you can’t be 100% sure that they won’t. You don’t have to worry though, it’s close to impossible to do this and rarely ever happens at all.

Anonymity and privacy are two different things when it comes to using VPNs. Although there’s a minute chance that your identity can still be traced, A VPN uses private, encrypted tunnels to hide your privacy online.

Using these private and encrypted tunnels directs all the traffic to them, effectively hiding any activities that you’re doing online. This capability is especially useful when hiding from a serious threat from cybercriminals or if you’re worried about certain government agencies from getting your data online.

The internet is a beautiful place where a lot of people interact with each other. The internet can provide a highway where everyone can do their business, learn, speak, and interact.

However, the internet can also be used for darker purposes such as stealing data, selling information, doing illegal activities, and more. A VPN can significantly help you evade these threats. VPNs are powerful tools that provide strong anonymity and protection online.